Last year has been a good year for the M&A market in general, as well as healthy M&A activity observed in the Digital Marketing sector. After two years of sustained growth, M&A activity reached its highest level in 2014 since pre-2010. M&A value in 2H2014 was also very high, mainly due to two multi-billion dollar deals in the last quarter, consisting of the $3.7 billion acquisition of Sapient by Publicis Group and the $2.4 billion acquisition of Conversant (formerly known as ValueClick) by Alliance Data. 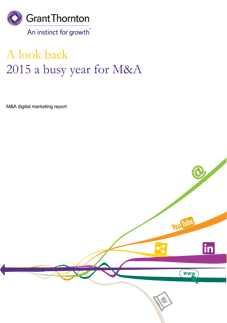